The commander of the Islamic Revolution Guards Corps cautioned Islamic countries’ governments to avoid relying upon the Zionist regime, which is unable to even protect itself.

In a meeting with Chairman of the Joint Chiefs of Staff Committee of Pakistan General Nadeem Raza in Tehran, Major General Hossein Salami slammed the Zionist regime as the enemy of the Islamic world and humanity.

The IRGC commander also warned regional rulers of the bitter consequences of normalization of ties with the “child murdering Zionists”, saying the US, the main supporter of the Israeli regime, is basically the enemy of Islam.

“The question is that while the Zionist regime cannot even defend itself and is a regime absolutely without any policy, how would certain Islamic countries rely on it to ensure their security or safeguard their economy? There is no logic behind it,” Major General Salami added.

He further pointed to the awful results of the presence of American forces in the Islamic world, including the great seditions, long civil wars, destruction of houses, displacement of people, insecurity, poverty and underdevelopment.

“When we look at Afghanistan, we notice the harmful and irreparable effects of American interference,” the general added, noting that the neighboring countries, including Pakistan, suffer from the consequences of destructive US interference in Afghanistan.

He also highlighted the integrated security of Iran and Pakistan, stressing the need for closer cooperation between Tehran and Islamabad in all fields, especially in protecting the security of the common border and fighting against terrorism.

For his part, the Pakistani general pointed to the commonalities between the Pakistani and Iranian nations, decried divisions within the Muslim world as a result of the US and Western plots, and noted that Americans withdrew from Afghanistan after twenty years without managing to establish security in that country.

General Nadeem Raza also emphasized the necessity of intelligence and operational cooperation with Iran in protecting the security of the joint border. 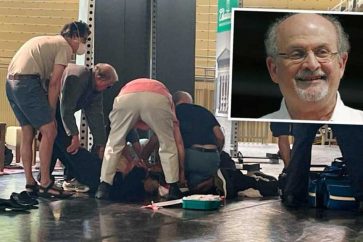