US Set to Keep 100,000 Troops in Europe, Increasing Tensions

According to various sources, the US will retain 100,000 soldiers stationed in Europe for the foreseeable future. Officials said the numbers may rise if NATO holds further military drills in the region and if the security situation shifts.

The measures are being reviewed following a meeting of NATO’s military commanders in Brussels on Thursday, according to authorities. The military chiefs will provide their recommendations to NATO defense ministers in June, and NATO officials, including President Joe Biden, will convene in Madrid at the end of that month.

Since the start of the Ukraine war, the United States has extended its presence in Europe from 60,000 to 100,000 troops, providing troops and military assets to nations along Europe’s eastern flank to boost NATO’s eastward expansion.

The US sent hundreds of troops to NATO’s Response Force, which was activated earlier this spring for the first time in NATO history.

General Mark Milley, Chairman of the Joint Chiefs of Staff, informed members of Congress in April that he supported the establishment of permanent US bases in Eastern Europe.

NATO’s military leaders met in Brussels, including Gen. Tod Wolters, who serves as both Commander of US European Command and Supreme Allied Commander, Europe, as the war in Ukraine enters its third month.

The US sent thousands of soldiers on temporary rotations in Europe, deployed more military assets to the Eastern flank to support eight new NATO battlegroups, and gave billions of dollars in military aid to Ukraine with NATO partners.

The Pentagon has just announced replacement soldiers for those temporary rotations, indicating that the growing US presence will continue for some time. According to the Pentagon, roughly 10,500 US troops will be deployed to Europe in the following weeks and months to replace forces that are currently there.

As Sweden and Finland prepare to join NATO, US officials think that extra soldiers will not be required unless Russia unexpectedly poses a danger to the two Nordic nations.

The majority of NATO countries have supported Finland and Sweden’s applications to join, but Turkey has objected.

Secretary of Defense Lloyd Austin met with Swedish Defense Minister Peter Hultqvist at the Pentagon on Wednesday, one day before NATO’s military commanders gathered in Brussels.

According to a senior defense official, “The secretary made it very clear that we have a comfort level with their military going back many years, and that at a staff level we’ll be happy to have a discussion with them about security and capability needs that they might have to help assure them and to deter Russia should that be necessary.”

The official stated that there will be ongoing staff level conversations regarding Sweden’s requirements and how the US might assist in meeting them, and that the US had also engaged Finland in similar staff level discussions.

Austin warned US legislators in April that the Ukraine crisis would alter the US military footprint in Europe.

At the end of the NATO informal foreign ministers ministerial in Berlin, Germany on May 15, both Secretary of State Antony Blinken and NATO Secretary General Jens Stoltenberg hinted at a statement on a more permanent adjustment in NATO’s military posture, particularly in Eastern Europe.

Blinken stated that “NATO is going to release its new Strategic Concept laying out how the Alliance will sustain and strengthen transatlantic security in the face of President Putin’s aggression as well as other emerging threats. And we’ll look ahead to our continuing efforts to fortify our force posture on NATO’s eastern flank.”

After the informal meeting in Berlin on May 15, NATO will “make important decisions to reinforce NATO’s deterrence and defense to reflect the new security reality in Europe,” according to Stoltenberg, during the summit in Madrid next month.

It is noteworthy that Russian President Vladimir Putin had said that Russia has no issue with Finland and Sweden that are willing to join NATO, affirming that their accession to the alliance posed no threat to his country. However, he stressed, that such action would trigger an appropriate reaction from Moscow. 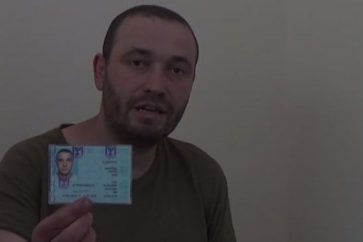 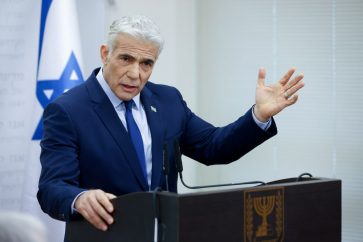 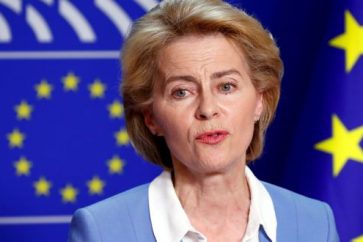