Speaking virtually at an event in Tokyo, on Wednesday, honoring the 50th anniversary of diplomatic ties between the two countries, Chinese Foreign Minister and State Councilor Wang Yi encouraged Tokyo to preserve their peaceful relationship and not join anti-China political blocs such as those sponsored by the US, hinting at AUKUS.

Wang noted that “China and Japan should treat each other with sincerity and strive to live together peacefully,” instead of provoking each other’s core interests, including “heavily sensitive issues involving history and Taiwan.”

Furthermore, the FM highlighted that “the differences that exist between the two sides should be properly dealt with in accordance with the existing consensus, and more new consensuses should be constantly sought,” adding that there is an opportunity “to push China-Japan relations forward in the right direction in a sustained and stable manner.”

Japanese news agency Kyodo cited government officials on Thursday that argued that Japan will refrain from labeling China a “threat” in its amended National Security Strategy, which is set to be revised together with two other security-related documents next week.

According to the source, Japan’s new security paper may still contain the word “threat” in reference to China’s August deployment of ballistic missiles into Japan’s exclusive economic zone, a label requested by Japanese MPs from the Liberal Democratic Party.

The Japanese government’s intentions reflect its desire to retain what relations it still has with China following the Asian nations’ first summit in three years in November.

Under the AUKUS alliance, which was formed in September 2021, the UK and US are due to supply Australia with advanced technology to develop nuclear-powered submarines. China is targeted by the pact, and has accused the US of running a “nuclear arms race” in the region.

Yamagami Shingo, Japan’s ambassador to Australia, said, in early November, that Tokyo may be hosting the Royal Australian Navy’s nuclear-powered submarines which is currently being acquired under the trilateral AUKUS arrangement.

“In the future, Japan may also be playing host to Australian nuclear submarines. So measures are already in place to receive them should they come,” Shingo said at the Advancing AUKUS Conference in Canberra. 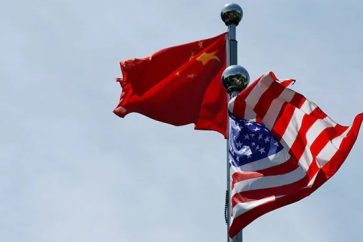 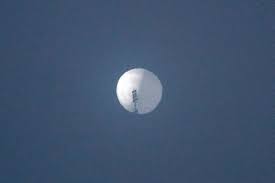