History of Lebanese Presidential Elections: Resistance Power Sustains National Sovereignty to Have President Made in Lebanon

After the so-called independence in 1943, the Lebanese politics were influenced and even controlled by the foreign powers to the extent that all the political, economic, military and administrative decisions were conveyed by the ambassadors to the fake decision makers.

However, after the emergence of the Resistance as well as its victories over the enemies, Lebanon political sovereignty was sustained to the extent that the Lebanese president can be elected by the local will.

Bechara Al-Khoury was elected in 1943 and re-elected in 1949. Al-Khoury, who remained in office till 1952, had been elected as a president before the end of the French mandate in 1943.

Kamil Chamoun was elected in 1952 after the resignation of President Bechara Al-Khoury and his term ended with disturbance events after his intention to extend his presidency was rejected by several political forces. In 1976, he led the so-called “Lebanese Front” which was one of the two major parties involved in the civil war.

Fuad Chehab was elected in 1958 after the political disturbances, knowing that he was appointed in 1957 as a defense minister. His term witnessed an inversion attempt.

In 1970 was elected in Sleiman Franjieh. His term witnessed the beginning of the civil war. Franjieh engaged in a conflict with the rest of the “Lebanese Front” members, which led the Lebanese Forces militia to commit a massacre in Ehden and kill his son Tony.

Elias Sarkis was elected in 1976. Sarkis had been appointed by President Charles Helou as the central bank’s manager in 1968. Before the end of Sarkis term in 1982, the Israeli enemy invaded Lebanon.

In light the Israeli invasion of Beirut, Bachir Gemayyel was elected in 1982 after he assassinated his possible competitors, Tony Franjieh and Dani Chamoun. Gemayyel was also involved in Sabra and Chatila massacre in coordination with the Israeli enemy. His term lasted for 21 days before he was assassinated.

Amin Gemayyel was elected just after the assassination of his brother. When the Zionist defense minister Ariel Sharon visited his residence in Bekfaya to offer condolences over the death of his brother, Gemayyel promised to keep following the path of cooperating with ‘Israel’, signing a peace treaty with the Zionist enemy. His term witnessed several clashes with the Lebanese national parties and the resistance factions which started fighting the Zionist occupation forces. His term ended with a political rift as he ordered the Army Chief Michel Aoun to form a military government, while the premier Salim Al-Hoss formed another cabinet.

In 1989, René Moawad was elected as a president before he was assassinated 17 days later before Elias Al-Hrawi was elected, keeping in office till 1998.

Army Commander-in-chief General Emile Lahoud was elected in 1998, and he was renowned for his support to the Lebanese resistance against the Israeli occupation army. His term witnessed the historical liberation of southern Lebanon from the Israeli occupation and the divine victory in 2006. Lahoud was a firm and resilient president who rejects all the foreign interventions to the extent of switching off the phone call with the Us Secretary of State Madlin Albright who was trying to oblige Lebanon acknowledge the Blue Line as an international border.

After Doha talks in 2008, the Lebanese parliament elected Michel Sleiman as a consensual president. However, Sleiman showed obedience to the foreign powers and opposed the Resistance in its conflict with the Zionist enemy.

In 2016, general Michel Aoun was elected as a president who supports the resistance and consensus among the Lebanese. His term ends on October 31, 2022.

Thus, the Lebanese parliament will elect a new president that acknowledges the Resistance and its rights. The first session was held on Thursday; quorum was ensured. However, more consultations among the various political teams are needed in order to reach the required result.

The bulk of votes cast by lawmakers, 63, were blank in the first round of the session. Politician Michel Moawad won the backing of 36 of the lawmakers, Salim Eddeh had 11 votes while the rest 12 MPs voted for others.

A new round was not held due to lack of quorum. Speaker Berri then adjourned the presidential election session, saying he would call another session when consensus emerged on a candidate.

“If there is no consensus, and if we do not receive 128 votes, we will neither be able to save the House of Parliament nor Lebanon,” Speaker Berri said, as quoted by National News Agency NNA.

“When I sense consensus, I will call for a session immediately; if not, we’ll decide on matters in due time,” the Lebanese speaker said in response to a question asked by one of the MPs about the date of the next presidential election session.

The votes of two-thirds of lawmakers in the 128-member legislature are required for a candidate to be successful in the first round of voting, after which a simple majority suffices. 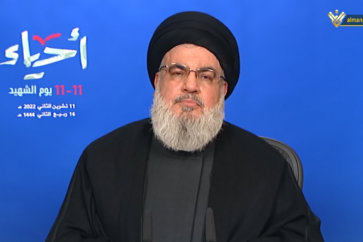 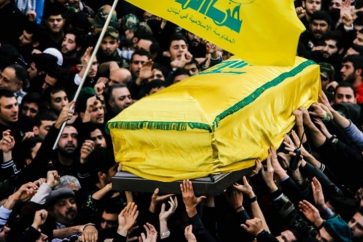 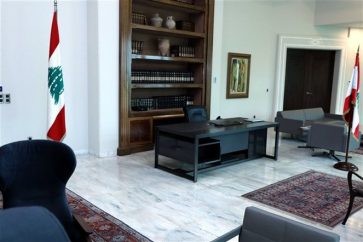 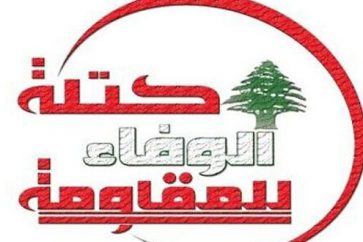