Hezbollah Secretary General Sayyed Hasan Nasrallah assured on Tuesday that the mass attendance today and yesterday in Hezbollah’s election festivals sends a clear message to all those who bet that the resistance environment would turn against it.

Addressing a massive electoral rally in Dahiyeh, Sayyed Nasrallah said “your message today and the message of the South yesterday and the upcoming one in Bekaa on Friday is a clear notice that this environment is loyal to its Lebanon, Palestine, its sanctity, its resistance, its martyrs, its wounded and its captives.” Sayyed Nasrallah hailed the expatriates who voted for the resistance lists as “an act of courage and sincerity.” “We respect this as and concerning the pressure and intimidation that took place in some countries we will talk about it later.”

“After Quds Day speech, I received a message via diplomatic channels that Israelis affirmed their unwillingness to take any action against Lebanon. However, our combat readiness and alertness will remain in place until the end of the Israeli maneuvers,” Hezbollah’s leader said.

Emphasizing that Lebanon cannot be ruled in a unilateral manner regardless of who wins the parliamentary majority, Sayyed Nasrallah said: “We call for partnership, non-abolition and exclusion. Elimination and exclusion under the slogans of majority and minority would plunge Lebanon into adventures.”

In this regard, Sayyed Nasrallah stressed that everyone must have their eligible representation as per their natural sizes, adding “Lebanon cannot bear one sect, one movement, one party, or a leading bloc, regardless of how much this party enjoys representation or excess of power.”

His eminence vowed that Hezbollah will keep insisting on being present in any government, regardless of its nature, structure and program, in order to protect the resistance’s back. “Nobody should expect that all problems will be tackled if we took part in the state.”

“We must all aspire to a just and capable state through which many objectives can be achieved, this is what we called for in our electoral program,” Sayyed Nasrallah said, stressing that the existence of a state is totally important “because the alternative to it is chaos.” He also addressed the voting age as a violation to the youth rights aging 18 and above, saying they should enjoy this right as they duly have civil responsibilities.

“A just and capable state is able to protect its sovereignty and wealth from any aggression, domination, or derogation, and not impose the burdens of liberation on its people,” Hezbollah’s leader said, deploring that “the navy in Lebanon doesn’t have the ability to reach depths of 300 meters to rescue the bodies of the victims in the death boat in Tripoli,” and stressing that “security is the responsibility of the state and without distinction between a region and another.”

“We are among the advocates of national partnership in building a just and capable state in order to get Lebanon out of its crises. In Hezbollah, we feel that we are more responsible than ever,” his eminence pointed out, adding that the judiciary in Lebanon is stumbling, a matter that must be addressed. “A just state means the existence of an impartial and fair judiciary and efficient judges.”

Hezbollah No Alternative to State

In the same context, Hezbollah’s S.G. maintained that the party’s not addressing itself as an alternative state, saying “no one can play this role in any aspect.”
“Even concerning the resistance matter, we do not address ourselves as an alternative to the state, that’s why we always refer to the army-people-resistance formula,” he assured.

“In 2005 we found ourselves obligated to enter the government in order to protect the resistance’s back from a political team that was allied with the administration of George Bush and the neo-conservatives in America and was planning for a New Middle East scheme,” Sayyed Nasrallah explained, adding, “We did not ask the state to protect the resistance, nor do we ask it to protect it. All we ask is that no one stab the resistance in its back or conspire against it.”

His eminence pointed out that electoral and political alliance does not mean the absence of differences between allied parties and blocs, indicating that all what Speaker Nabih Berri said expresses the concept and contents of the national duo stance, hailing his position regarding the exploration of gas and oil.

“Civil war is a red line, Lebanese people should regard those rallying for it as committing an act of treason,” his eminence assured.

“The state’s insistence on not opening the doors to eastern companies to appease the US means that we will not progress in the economic and living situation,” he explained, “We have a treasure in the sea while the Lebanese people suffer from unemployment, hiked prices and poverty.”

“What can the US do other than what it already did till now, from siege and starvation to rallying ‘Israel’ to attack us?” Sayyed Nasrallah wondered, affirming that it’s Lebanon’s legitimate right to explore for gas and oil in the disputed area, as though ‘Israel’ is doing so. The secretary general warned the Israeli enemy, however, that if it attempted to stop us, we’re able to stop it.

“Lebanon is rich and strong, so why turn into beggars and sit on the doorstep of the International Monetary Fund that imposes humiliating conditions on us?” Sayyed Nasrallah inquired.

“It is a major injustice for depositors to bear the responsibility for losses and the main culprit is Lebanese banks. What preserves the rights of depositors is the signature of the new MPs on the bill submitted by the Loyalty to the Resistance Bloc.”

Lebanese are Ought to Choose

Within this context, His eminence asked the Lebanese to choose between those who call for civil peace and cling to it despite being killed in Tayyouneh and those who offer their services to foreign forces and are ready to make a civil war in Lebanon.

The S.G. argued those accusing Hezbollah of being an Iranian tool, saying: “We are neither tools nor agents or chess pieces. Iran does not interfere in Lebanon, neither in politics nor in elections, and you have seen which ambassadors are touring Lebanon for that purpose.”

“There is a group that brings money from abroad to increase its bank accounts and does not spend a penny on people, where is the 20 billion dollars donated from Saudi Arabia and the 10 billion dollars from the US?” he wondered, “You have a choice between a team that is concerned about Lebanon and a team whose only concern is to satisfy America, the West and some world countries.” He continued, “You have a choice to choose those who shoulder their responsibilities and those who renounce their responsibility, resign and suddenly become an opposition, a revolution, and an oppressed one.”

Sayyed Nasrallah said there are political parties today participating in the elections and presenting themselves as an opposition although they’ve been in power since the fifties and sixties. He added, “You must choose between the honest who bears responsibility and the deceiver who deceived you and will deceive you and abandon you in hard times.” 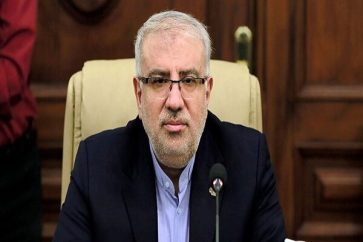 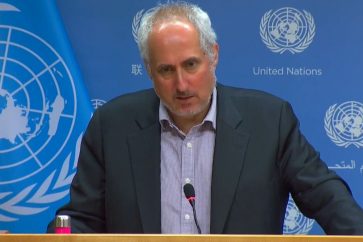 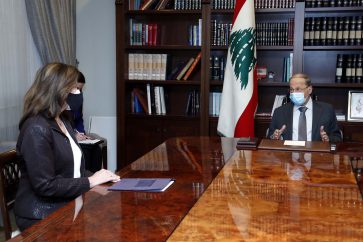