Russia and China have lobbied the UN Security Council for an independent investigation into dozens of laboratories that were being run by the Pentagon in Ukraine up until Moscow launched its military intervention in February.

Russia has published classified documents showing that the Pentagon was engaged in developing biological weapons of mass destruction. Washington has disputed the Russian and Chinese concerns as “disinformation”, claiming that the laboratories were conducting biomedical defense studies into diseases.

Why then was U.S. State Department official Victoria Nuland worried that Russian forces could acquire samples from the labs if they were for innocent biomedical research? Why were the laboratories ordered by the Ukrainian government to immediately destroy samples when Russian troops invaded Ukraine?

Even imminent U.S. experts on biowarfare have concurred with the Russian and Chinese positions that the involvement of the Pentagon in Ukraine implies a sinister purpose that deserves at least impartial investigation.

Adding to the concerns is the direct involvement of Fort Detrick personnel and infrastructure with the Ukrainian facilities in recent years. If we reflect on the World War Two origins of Fort Detrick and how it effectively collaborated with Japanese and Nazi scientists for developing U.S. biological weapons that nefarious historical background undergirds present Russian and Chinese apprehensions.

Following World War Two, Japanese and German war criminals were saved from the gallows by the political intervention of the United States. The immunity deals were made in order to give the U.S. an advantage over the Soviet Union in an anticipated arms race for supremacy in biological and chemical warfare.

The United States had already mastered the nuclear weapon having demonstrated its awesome new power with the dropping of two bombs on Hiroshima and Nagasaki in August 1945. The Soviets would acquire the weaponry in 1949 and thereby establish a nuclear balance.

But in the other realms of weapons of mass destruction, Washington wasn’t quite so sure of its advantage. At the end of the Second World War, the Americans sought to harness the expertise of fascist Japanese and Nazi Germany for biological and chemical warfare.

Medical scientists Shiro Ishii and Kurt Blome were respectively the commanders of the biological and chemical warfare research efforts by Japan and Germany during the war. Ishii commanded the notorious Unit 731 which was based in Manchuria in Japanese-occupied China. Blome was the lead scientist in testing biological weapons and poisonous gases on inmates at Auschwitz and other Nazi death camps.

Imperial Japan and Nazi Germany collaborated intensively in the sharing of experimental data on new bioweapons, including the spreading of anthrax, typhoid, cholera, smallpox, bubonic plague, and botulism.

Ishii’s Unit 731 is estimated to have caused up to 500,000 deaths during the war from the use of biological warfare by dropping pathogens from airplanes on Chinese cities in Hunan and Zhejiang provinces. The unit also carried out diabolic forced experiments on Chinese and Russian prisoners of war to study the epidemiology of diseases and vaccines. Inmates were infected with pathogens and subjected to horrible agonizing deaths.

Shiro Ishii and his criminal network were never brought to trial following the war despite earnest Soviet requests. Instead, the Americans who occupied mainland Japan granted him and his team of doctors immunity from prosecution in exchange for exclusive access to the biological and chemical warfare experiments. The Pentagon assigned its experts from Fort Detrick, Maryland, to tap the Japanese trove of data.

General Douglas MacArthur, the Allied Supreme Commander, personally intervened to ensure that Washington did not allow prosecution of Ishii or any other Japanese wartime specialist in those fields. Ishii died in 1959 in Tokyo at the age of 67 never having faced justice for the mass deaths he had supervised.

Meanwhile, Kurt Blome, the Wehrmacht chief of biological and chemical warfare, was brought to trial at the Nuremberg Doctors’ Trials but he was acquitted in 1947 primarily because of American intervention to let him walk free.

Blome was just one of over 1,000 Nazi scientists and engineers who were recruited by the U.S. as part of Operation Paperclip. They would go on to be vital contributors to developing American missile technology and the NASA space program.

Again Fort Detrick, the Pentagon’s biological warfare center, tapped Blome’s expertise in weaponizing anthrax and other pathogens. His knowledge of nerve agents such as Tabun and Sarin was also harnessed by the CIA and its MK-Ultra program for assassinating political opponents. Blome worked closely with Sydney Gottlieb who headed up the CIA’s biological and chemical warfare unit. Gottlieb was known as the agency’s “poisoner-in-chief” and was personally involved in repeated efforts to assassinate Cuban leader Fidel Castro. Ironically, the CIA man who was the son of Jewish Hungarian immigrants ended up working with a Nazi scientist who had experimented at Auschwitz.

Given this background, it is no wonder that the wartime alliance between the United States, Britain, and the Soviet Union quickly descended into Cold War. Moscow must have been aghast as the Americans (and British) helped top fascist war criminals evade justice. Not only that but the Americans were utilizing the most heinous of know-how and technology to develop weapons of mass destruction in addition to their newfound capability for nuclear annihilation – weapons that were meant to target the Soviet Union as well as Communist China.

Fort Detrick continued to be the Pentagon’s center for biological and chemical warfare until 1969 when then-President Richard Nixon ordered the shutdown of developing “offensive” weaponry. Henceforth, the bio-laboratories were officially engaged in “defensive” studies and experiments. That ostensibly includes innovating diagnostics and vaccines for pathogens but precludes weaponization.

The United States is a signatory to the 1975 Biological Warfare Convention forbidding those weapons. It passed its own national legislation in 1989 outlawing bioweapons. The author of that domestic law, Professor Francis Boyle, told Strategic Culture Foundation in a previous article that the Pentagon’s activities in Ukraine were a breach of the BWC and U.S. domestic law, constituting on the face of it a weapons program for which Russia and China have every right to demand accountability.

The United States is also a signatory to the 1997 Chemical Weapons Convention. But it is believed to not have implemented its obligations to destroy all of its stockpiles. Russia completely destroyed its CW arsenal in 2017 under UN supervision.

Despite the U.S. legal commitments, the Pentagon has overseen the expansion of over 300 laboratories in some 30 countries since the end of the Cold War that supposedly ended three decades ago, according to Chinese media reports. Many of these countries share borders with Russia and China.

The Pentagon-sponsored laboratories in Ukraine have renewed Russian and Chinese concerns that the U.S. is operating a covert weapons program that threatens their national security – under the official guise of “biomedical research”.

The involvement of Fort Detrick personnel in the operation of the 30 laboratories across Ukraine only underscores the Russian and Chinese concerns. The facilities were shuttered rapidly by the Ukrainian government when Russia launched its military intervention in the country on February 24. Moscow has since published internal documents that show the laboratories were engaged in bioweapon programs, not biomedical public health defense.

Fort Detrick’s collusion with fascist Japan and Nazi Germany in the development of biological weapons of mass destruction is not some macabre relic of the distant past. For Russia and China – two nations that suffered most from such weapons – the past is extremely pertinent to the present. Both have a right to demand an international investigation holding the Pentagon to account for what its biological laboratories were doing in Ukraine and are doing elsewhere. Given the nefarious origins of Fort Detrick, the onus is very much on the Americans to show exculpatory evidence. An unwillingness to do so only reinforces suspicions of gross violation of international law by the United States and its projection of an unacceptable threat toward Russia and China.

Al-Manar.com.lb is not responsible for the content of this article. All opinions expressed are solely those of the author. 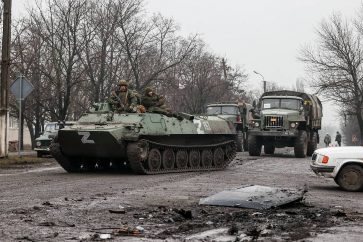 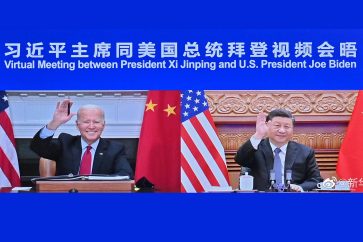 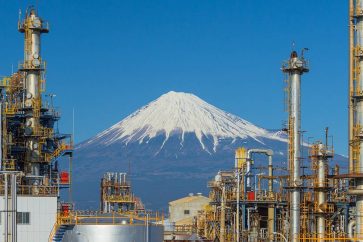