Zarif: National Interests Only Elements to Determine Time and Duration of Talks

Foreign Minister of Iran Mohammad Jawad Zarif ruled out the possibility of protracted talks in the negotiations to revive the 2015 nuclear deal, stressing that the timing and duration of talks are defined by the national interests only.

In a post in Persian language posted on his Instagram page, Zarif thanked Leader of the Islamic Revolution Imam Sayyed Ali Khamenei for supporting the Iranian negotiators, who are in Vienna to discuss the issues surrounding the Joint Comprehensive Plan of Action (JCPOA).

The Leader’s recent remarks “once again, as in previous difficult times, revived hopes and made (our) steps stronger,” Zarif said.

“The Leader’s advice to refrain from ‘attritional negotiations’ has always been a beacon for us,” Zarif said.

“We considered ‘negotiations for the sake of negotiations’ a failed experience and we negotiated only to achieve national goals,” he underlined.

In remarks on Wednesday, Imam Khamenei warned against protracted talks with the participant parties to the JCPOA, namely France, the UK, Germany, Russia and China, saying he has directed Iranian negotiators to proceed with the talks for now.

Former US President Donald Trump unilaterally pulled Washington out of the JCPOA in 2018 and imposed harsh economic sanctions on Iran. He called his anti-Iran moves the “maximum pressure” policy.

Iran fully honored its nuclear commitments under the deal for an entire year, but it began to scale down its commitments on May 8, 2019. The decision was made as part of Iran’s right under Articles 26 and 36 of the JCPOA in response to the breach of the agreement by the other side.

“As we did not accept talks leading to a photo op in the past four years, today we will seriously refuse to engage in negotiations for the sake of negotiations as well,” Zarif underlined, Press TV reported.

The Iranian foreign minister said the administration of Iranian President Hassan Rouhani sees negotiations as a powerful and legitimate tool to resolve problems, rather than a tribune for making speeches or a stage for taking photos.

Zarif also hoped for a brighter future for Iranians, filled with joy and satisfaction and far away from the misfortunes of sanctions and the coronavirus. 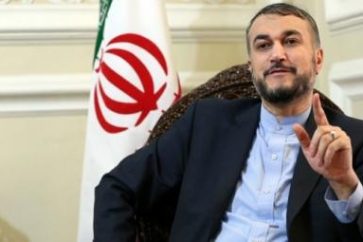 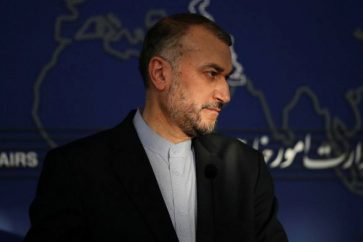